You Got Arrested For DUI. Now What? 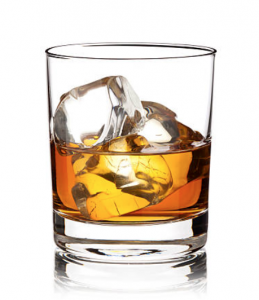 Cooperation Is Key
Cooperate with the officer. When the red lights are flashing and policemen surround your car it is a dangerous situation. Depending on your level of intoxication it can be even worse. However, you must keep calm and obey the officers. Under no situation should you ever disobey or argue with an officer. Read our article on what to do if arrested.

If you are charged with a DUI, the police officer will transport you to the police station in a patrol car. This means that your vehicle will be towed. You will need to contact the towing company in order to plan for your car to be picked up and towing charges paid.

At The Police Station: Prepare To Wait
Once you get to the police station you may be in for a long wait. It can take several hours for the booking process. If it is your first offense your fingerprints and a mug shot will be taken. Typically, the police will question you about your arrest and the circumstances that led you to drive while under the influence. You will be given the chance to contact an attorney and you should do that as soon as possible. In severe cases, such as repeat offense, you may be incarcerated for driving under the influence.

Going To Court
Ordinarily you will have the option of using your own attorney, or one that is appointed by the court. It is likely that you will have to go court for sentencing. Whenever you interact with police, judges or other representatives of the legal system remain respectful and calm.

On the day of court you will need to show up on time and answer questions truthfully. Failure to appear in court is a serious infraction and judges can issue a warrant for your arrest.

Sentencing and Punishment
In all states driving under the influence is a misdemeanor that can lead to six months of jail time. If it is a first offense, it is likely that other punishments will result from a DUI charge such as Community Service, Court Referral Programs, Fines, or Jail Time.
Time spent in jail typically depends on whether you have been arrested before and your behavior.

Long-Term Implications Of A DUI Conviction
A DUI charge will stay on your record for several years. Employers may be able to view these records before they hire you so you should be truthful about your situation. If you handle the penalties for a DUI with a positive attitude, and attempt to deal honestly with any substance abuse issues, you can recover from a DUI with a better attitude and a better life.